From 4-7 October the Braille Chess Association of Ireland organised a special tournament to celebrate the life of Shane Hall.
Shane had participated in our Tournaments for the past 20 years and had been a longtime member of the Rathmines Chess Club.
His untimely passing in March, 2012, came as a great shock to all of us.

When, in the early part of this year, it was decided to organise an open tournament for Blind and vision impaired players, the idea of dedicating it to the celebration of Shane’s life was considered to be most appropriate.
The matter of finding a venue was quickly resolved once we made contact with the Maples Hotel in Glasnevin. This was by no means our first experience of the Maples. Three times in the 90s and again in 2000 participants in our open tournaments had stayed there while the games were played at the nearby headquarters of the NCBI. Recent renovations at the Maples would make it possible for games to be played there this time.

With only 6 months to publicise the tournament, we could not be surprised when there were just 3 entries from England, 1 from Scotland and 1 from Austria. We were delighted to welcome once again our good friend Stan Lightowler from Co. Derry.
Also joining us were 2 members of the Rathmines Club who had been especially helpful to Shane over the years. John Maher played in the Open section and Dee Mowlds in the Minor. There was a total entry of 18; 12 playing over 6 rounds for the open section and 6 competing in an all-play-all in the minor.

During the afternoon of Friday, 4 October, all those playing in the tournaments along with their travelling companions arrived on schedule at the Maples Hotel. Shortly before 5.30 we all met up in the bar and soon made our way to the dining-room for dinner. By 7.30 those of us participating in the Open Tournament were setting up our boards for the start of round 1. As usual, the pairings in the first round kept the top rated players apart and matched them against those in the lower half. This time the top 6 did not have things all their own way. 3 of them were winners, but the other 3 games were drawn. Those who won were Les Whittle (England), Ernie McElroy (Ireland) and Bill Armstrong. Bill is Scottish by birth, but has lived for many years in England. Michael Delaney (Ireland) drew with top seed Stephen Hilton (Scotland). The other 2 draws involved Sean Loftus and Philip Doyle (both Ireland) and Stan Lovell (England) v Eamonn Casey (Ireland).
At 10 o’clock next morning round 2 got underway. McElroy drew with Hilton and Armstrong beat Whittle to give him the outright lead.
There were wins for Doyle, Loftus and Maher, Casey drew with Joe Mcaloon (Ireland).
In the minor section there were wins for Michael Meaney, Tony Murray and John Carroll against Ann Casey, Stan Lightowler and Dee Mowlds respectively.
In the afternoon wins for Murray against Meaney and Carroll against Lightowler placed Tony and John in joint leadership. In the remaining game Ann Casey lost to Dee Mowlds.
Meanwhile, in round 3 of the open a hardfought draw with Doyle was enough to keep Armstrong in the lead on 2.5 points.
A win for Hilton and a draw between Loftus and McElroy put these 3 in a tie for second place.
In the other games there were draws for Maher v Whittle and Delaney v Lovell and a win for Mahendra Gilani (Austria).

For those not participating in the chess tournament there was the opportunity to go on a bus tour organised by Barry O’Brien. The first stop was the nearby Glasnevin Cemetery.
Upon arrival a tour guide was available to show the group around, thanks to Barry having already arranged this.
Glasnevin Cemetery, as the final resting place of many of Ireland’s historical figures, has become a very popular tourist attraction in recent times.
After lunch the group moved on to Croke Park, headquarters of the Gaelic Athletic Association. This is where matches in the later stages of the Gaelic Football and Hurling championships take place. In recent years Croke Park became more widely known when it served as the temporary home for the Irish rugby and soccer teams.
Once again there was a guided tour around the stadium. The highlights were a visit to the museum, which has built up over the 130 years of the GAA’s existence, and the experience of walking from 1 of the dressing-rooms out on to the field of play as the participating teams do before every game.
Our grateful appreciation to NCBI for making the bus available. Also, a special word of thanks to Rose who, apart from driving the bus, was most helpful to everyone during the trip.

At dinner on the Saturday evening we were pleased to welcome as our guests John and Mary hall, parents of Shane, Des Kenny, chief executive of NCBI and his wife, Terry, Ann and Tony Lyster, representing Vision Sports Ireland and Jim Madden of the National League of the Blind.
After the meal there was a short address by Eamonn Casey, IBCA chairman, highlighting Shane’s great enthusiasm for the game of chess and his great love of life.
In his reply, John Hall thanked the association most warmly for dedicating the tournament to Shane’s memory.

For the remainder of the evening it was time for music and singing. Our musician was Terry Cartin with his guitar. Terry’s wide repertoire was enhanced by songs from some of those in the audience including our guest of honour, John Hall.

Next morning we were back in action at our chess boards at 10 o’clock. McElroy took over the lead with a win against Armstrong. Bill was joined in a triple tie for second place by Doyle and Hilton who drew their game. There were wins for Whittle, Lovell and Delaney and a draw between Casey and Maher.
In the third round of the minor there were wins for Murray, Carroll and Mowlds which kept Tony and John in joint leadership 1 point ahead of Dee.
Round 4 brought the 2 front runners into direct opposition and, after a fluctuating game, it was John who came out on top.
The other games were won by Ann Casey and Michael Meaney.
In round 5 of the open a win for Bill put him in a tie for first place with Ernie, who drew with Philip. A draw for Stephen kept him level with Philip on 3 points, just half a point behind the leaders. In the other games there was a win for casey and draws for Loftus v Maher and Lovell v McAloon.
Following dinner,, many of us met up in the bar. It was much quieter than on the previous 2 evenings, which allowed us to enjoy some pleasant conversation.
Next morning the final round started at 9.30. In the minor there were wins for John Carroll and Tony Murray. This assured them of first and second places respectively. The grading prize went to Dee Mowlds.
In the open Ernie McElroy needed a win against Les Whittle to be sure of outright first place. This he achieved in some style. Philip Doyle and Stephen Hilton both won their games to finish in a tie for second, half a point behind Ernie.
There were also wins for Stan Lovell and Michael Delaney . The only drawn game was between Joe McAloon and Sean Loftus.
Our grateful thanks to our tournament controller, Tim Conlon, ably assisted by Mick Germaine. Tim has been controlling our tournaments since 1988, and thus has carried out this important function for 25 years.
As a fitting conclusion to the tournament it was very nice to have John and Mary Hall back to present the prizes. Mick Germaine was on hand to photograph all the winners receiving their awards.
With the prize giving over, some of our visitors were soon departing for airport bus and railway stations to begin the journey home. With others having arranged to leave next day, it was good to be able to chat with them at leisure, take a short walk outside the hotel or have a drink or two at the bar. In the early evening 8 of us enjoyed a very pleasant dinner together. All too soon it was time for those of us heading home to various parts of Dublin to say our goodbyes and allow our English friends the opportunity to have some rest and make ready for the journey home next day.
Our very special thanks to the manager, Patricia Butler, and the staff at the Maples Hotel for their part in making the weekend such a great experience for all of us.
We are most grateful to Barry and Mary O’Brien and to Noreen Cleary for their help throughout the weekend.

The Braille Chess Association of Ireland wishes to thank the following organisations for their financial support:
NCBI, Vision Sports Ireland and the National League of the Blind of Ireland. 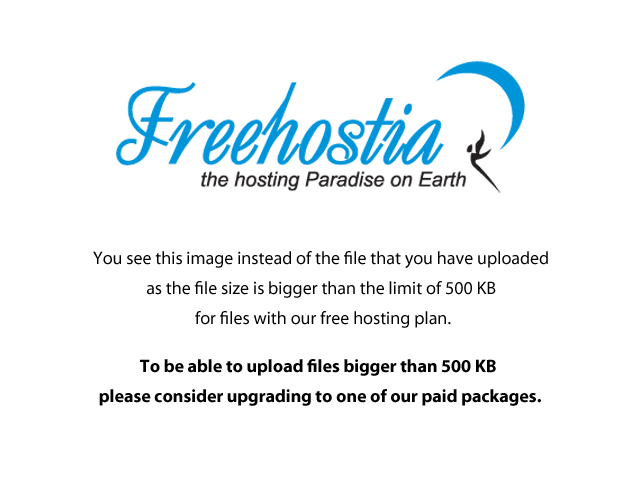